With so many patients passing through our doors each day, we often hear a myriad of interesting stories about our patient’s lives and their families. Recently, a patient shared her fascinating story of her time as a professional figure skater that travelled the country with the Ice Follies.

Marilyn Heppner, née Cosby, grew up with her family in a small town in Canada. Every winter, the community would put on a seasonal carnival called ‘Flashing Blades’. The Cosby’s were avid skaters, and for $25 the entire family performed skating routines throughout the season. Known for their creativity and involvement, Mr. Cosby created the props for the show while Mrs. Cosby handmade the beautiful costumes for the performers.  Marilyn jokes that her family was known as the ‘Cosby’s of Canada’.

Marilyn in her Ice Follies costume

“At the beginning of each season, we would start our national tour in Los Angeles. We would all get out and start skating for the opening of the show and after the performance was done we would all rush backstage and start saying ‘so and so is sitting on the left’ and ‘I saw this celebrity sitting on stage right.’” – Marilyn Heppner

Marilyn (center) pictured with her parents and siblings

Marilyn’s older brother found success, joining the cast of the Ice Capades and encouraged her to audition for an ice skating show herself. Marilyn seemed to hit a roadblock in her skating career, successfully auditioning for numerous shows that all were cancelled before their debut.

Giving it a final shot, Marilyn and a friend auditioned for the Ice Follies, joining the cast in 1957 at the age of 19. Marilyn recalled her summers in San Francisco, as the cast would rehearse their choreography for the upcoming season during the day while performing their old routines for audiences in the evenings. She remembered how excited the ladies of the cast would be for the grand premier of their new season at the end of the summer that often had celebrities sitting rink-side. 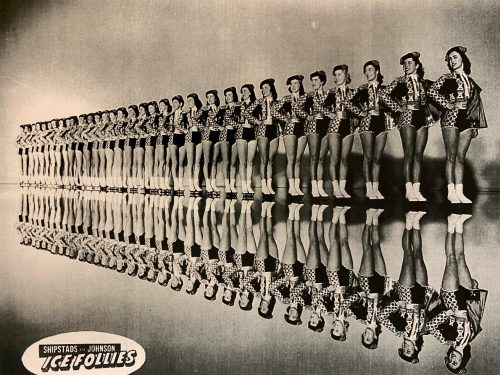 The Ice Follies even got to meet the stars that attended their Los Angeles shows, Marilyn told us, highlighting the show when she meet Ronald Regan prior to becoming President.

But the most meaningful experience that the Ice follies brought Marilyn were the people she met along the way. Not just her fellow Follies, but the stage hands that the show picked up along their tour as the show traveled the country from the west coast to the east. Many of them were local policeman that served the town that the tour was performing in. Marilyn fondly recalled becoming close friends with many of the people she met and worked with on tour and is still in touch with them today. 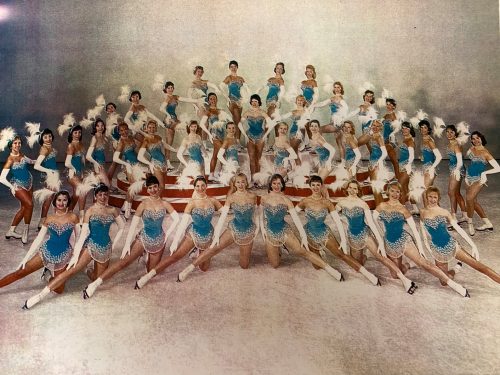 After retiring from the Ice Follies in 1963, Marilyn started working in the Chicagoland area and joined a young adults group at the suggestion of a friend. There she met her husband Ken. Today, Ken and Marilyn reside in Maywood and have 3 children. Marilyn still fondly remembers her time with the Ice Follies and will happily share stories of her experiences.

We love having patients with such rich stories about their lives. If you have a story or experience you’d like to share with us – please let us know! Send an email to marianna@elmhurstdental.com with your patient spotlight story. 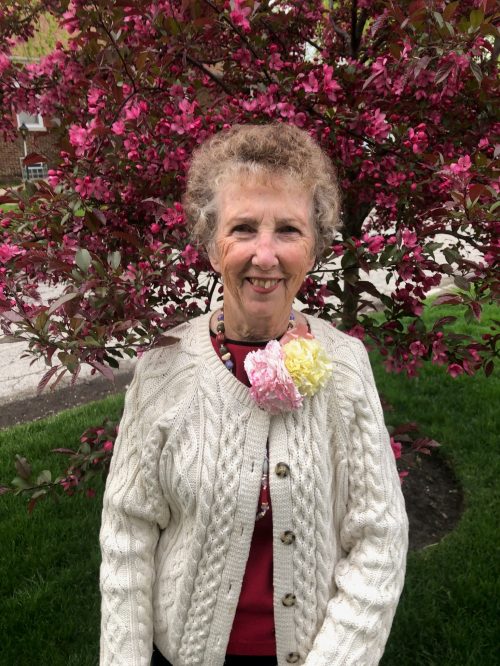